The Law of Inertia 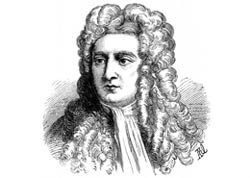 In world history, many consider the smartest person to ever have lived to be Sir Isaac Newton. Newton was an English physicist, mathematician, astronomer, natural philosopher, and theologian. Newton spent his career at the University of Cambridge. In 1687, at the age of 43, Newton published the book Principia Mathematic, which is among the most influential books in the history of science.

In Principia Mathematic, Newton describes the three Laws of Motion. It is Newton’s Laws of Motion that explain contemporary whiplash trauma and subsequent injury. The most important Law is his first, often referred to as the Law of Inertia. Simply stated in the context of whiplash trauma, things at rest tend to remain at rest, and different parts of the same object can have different inertias. The larger the part and the more it weighs, the larger the inertia, or the greater its tendency to not want to move.

The object in question in a whiplash trauma is a human body. The human body has two large parts that have their own separate inertia, the trunk and the head. These two large pieces of inertial mass (the head and the trunk) are connected by a thin pole, the neck.